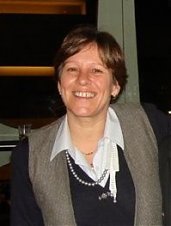 Maria do Céu Rueff left us. The memory that the Institute of Criminal Law and Criminal Sciences will preserve from today is that of a profoundly human person. The word “human” expresses, as Hannah Arendt said, something that goes beyond the scientist’s conclusions, the philosopher’s truths, but rather refers to faculties of judgment and taste beyond any specialization, the quest for freedom, which she knew how to express by the restlessness of her voice, by the affection with that she knew how to take care of human relationships, to establish indestructible links because of her authenticity.

Her humanity was always present in her work, the work with which she began the systematic study of the medical law among us. She established herself as a notable researcher in medical law, respected both by doctors and jurists, who gave soul to the various courses organised by the IDPCC / CIDPCC, the first of which still with the late Professor Lobo Antunes with whom she had a deep scientific relationship.

We can only promise her, in this hour of deep sadness, following Mahler’s words, that what she believed in and what she desired will not be lost.